I’ve always wanted to make a Moxon antenna, but didn’t have an excuse to do so. Recently i needed a very lightweight directional antenna for Etherify with not so much gain, but considerable F/B, so i finally had the excuse i needed. 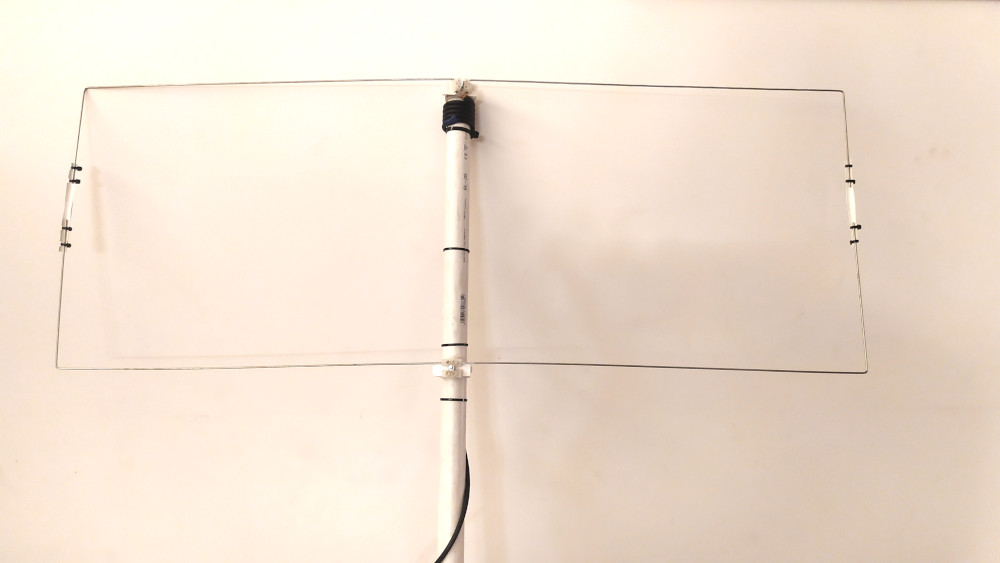 The Moxon antenna is a 2-element yagi with the reflector and driven element ends bent, so that it occupied less space.

The antenna had to be lightweight, so it was constructed out of 2mm aluminum welding rods, and 28mm plastic conduit used for electrical installations. Construction had to be quick, and utilizing available materials.

Various calculators are available to compute the element lengths. Initially i used this online calculator: https://kg4zow.us/moxgen.cgi , however in reality the resonance was 3MHz too high, and bad SWR at 125MHz. Later i used AC6LA Moxgen : 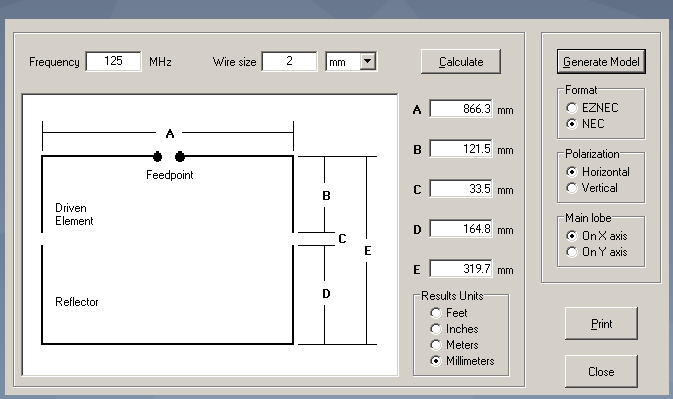 The simulation using xnec2c was great:

However in reality this yielded an antenna with the resonance about 2 MHz too low, but still acceptable: 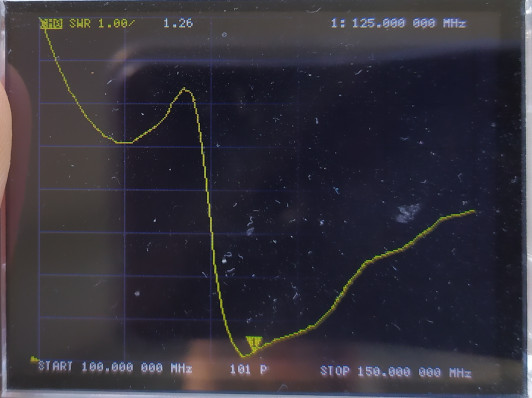 After pruning 5mm from each side of the radiator this yielded resonance at exactly 125MHz, but SWR was 1.28, so not actually better.

More pictures of the antenna:

The balun was made of 50cm of the cable was coiled around the boom. RG-58 cable was used (actually RG-100, which is a very good quality polish clone of RG-58 with superior shielding)