This is the second part of articles about the Great Seal Bug (also called “The Thing”). These articles will cover: history, theory of operation and a practical reconstruction of this device.

This part is a short explanation the theory of operation. 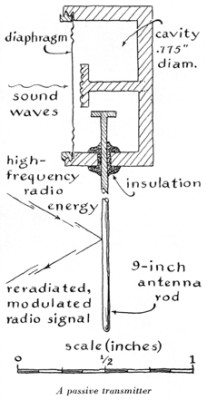 The FBI has unclassified the initial report about the Great Seal Bug [3]. It has a lot of construction details, including most dimensions: 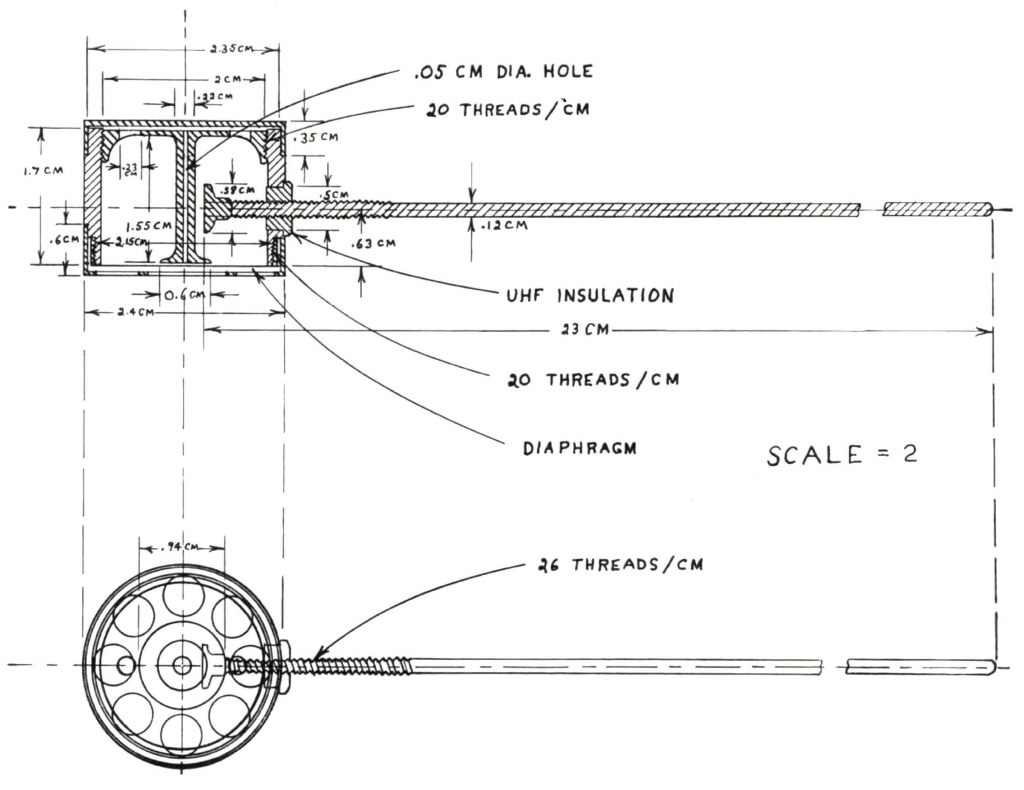 Such a distributed element circuit can have very low losses, and therefore a high Q factor. Most losses are due to resistive losses and the skin effect, these losses can be made very low by using thick conductors (lots of surface area) and low resistive loss material (copper, preferably silver plated for even lower loss).

The Great Seal Bug consists of a metal cylinder, with a metal rod inside, this is the resonant circuit. One side of the can is a conductive membrane, which is used as a microphone membrane. An antenna is capacitively  coupled to this resonant circuit.

The capacitance between the  membrane and the rod in the center of the bug varies with the membrane position (which is moved by sound). Changes in the capacitance vary the resonant frequency of the circuit.

A N * 1/2 wavelength antenna is capacitively coupled to the resonant circuit (the designers of the Great Seal Bug used N=3, so the antenna was 3/2 wavelengths long). Such antennas have very high input impedance, and thus don’t need a big counterpoise, the metal cylinder is more than adequate. 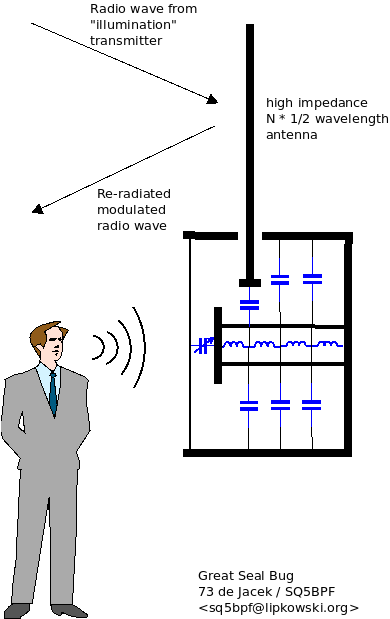 This antenna is “illuminated” by a carrier wave from a radio transmitter on a frequency near the resonance frequency of the tuned circuit. Some portion of this energy is re-radiated  from the antenna. The amount of the re-radiated energy depends on the impedance presented by the tuned circuit. This impedance changes by a large amount, because this circuit is near resonance.

So the method of operation is as follows:

This leads to the following design principles:

This device is has a lot of advantages to the eavesdropper: